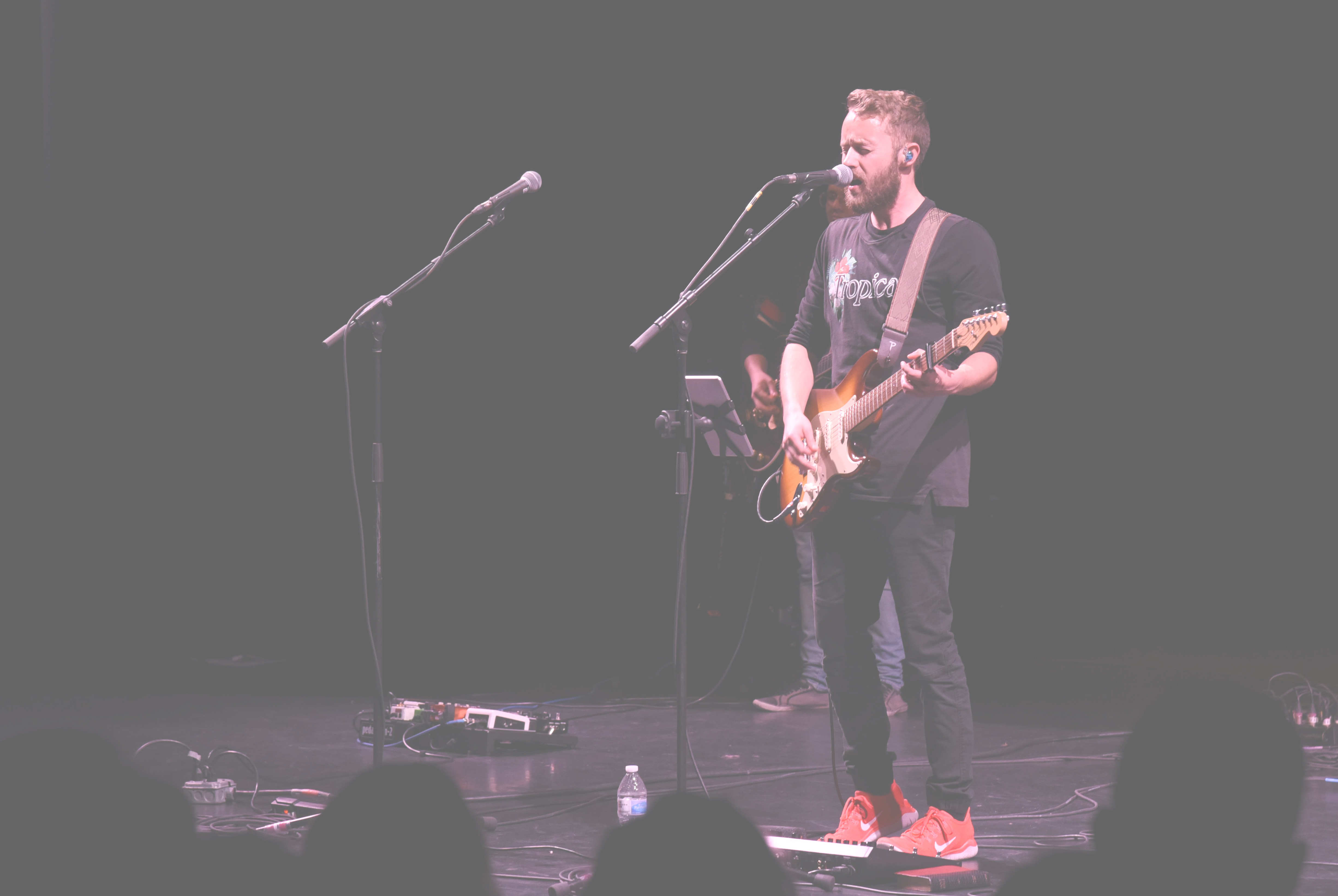 Wonderful! Powerful!! Worship! Those are just a few words that came to my mind as the night began. It was my very first Rise Up event and I was left speechless. I could not believe how many people came out and shared a night of support, love, and faith. It was amazing to see so many parishes and family come together as one to share their love for Christ.

I have never heard the worship music of ALOB but not long after they hit the stage, I found myself singing along with the crowd. I had not realized how big a hit he was. Everyone knew all his music and were singing along. They all rushed up to the stage with their arms linked and were belting out the words.

So, ALOB is just a nickname. His real name is Andrew Laubacher. It was amazing to hear his story of how he started his worship band. He went from the complete opposite side of faith and belief, to someone who found Christ through prayer and Church. He realized that he needed to put his life in Christs hands and see the wonderful power that he can do.

We heard some great music that night, but that was not all. We also heard from an amazing inspirational speaker – Emily Wilson. She arrived, from California, a few hours early to prepare for the talk she was about to give. Emily is a vibrant, powerful, and amazing speaker who just had a baby four months ago! That really impressed me. Not only did she just have a baby and is now a new mom, but she brought him with her on this journey and exposes him to the wonderful work that God has called her to do. She expressed to us that it is not always easy doing the right thing and when God called her to follow him, she struggled at times. She felt that she was alone and she even lost friends along the way. However, the ones that supported her and believed in her made Emily that much stronger. She knew that this was the path God intended her to take.

Life is not a cake walk! Yes, you may struggle and yes, you may feel alone at times, but there is something greater God has planned for you and we all have to be a little patient. Just think, had Emily given in to her struggles and the peer pressure she felt in college so she could keep her “so called” friends that had abandoned her when she needed them the most, we may have not had the pleasure of listening and being inspired by her.