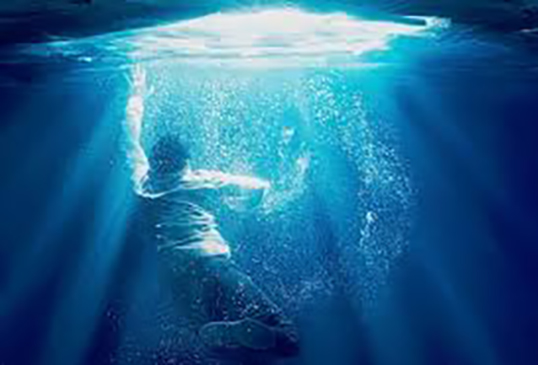 In theaters now is a movie based on the true story of a teenage boy who fell through ice and was submerged for over 15 minutes.  After being rescued from the ice, he was rushed to the hospital and for 45 minutes the doctors attempted to revive him with CPR to no avail.  It is a story of hope, perseverance and prayer and begins with a mothers cry at her childs bedside, “Holy Spirit, please come and give me my son back.”

So often when faced with challenges, we throw our hands in the air and embrace defeat.  We ask where is God in this without reaching out to Him.  The Mom in the movie asked big for sure.  Some challenges may need just a small ask.  But ask we should.  So my question to you is how can miracles happen when we never ask for them?

I’ve cried out to God a couple times recently.  One big cry was for a friend diagnosed with stage 4 pancreatic cancer.  I wanted a miracle and I prayed for one along with his Mom and a throng of other people.  I claimed it because I knew if God felt like there was more to do here on earth, He’d hear our prayer and heal my friend.  Now I’m not saying I’d hate God if it didn’t happen but I am saying that I felt strongly I had to ask.  So I believed and saw little signs of encouragement along the way…Like the guy in the hospital elevator who’s t-shirt said “God is bigger than cancer”…And the first set of scans that were blurry…And his wife who wanted to slow things down a bit as it was coming too fast, this death sentence.  So when the news came that there was NO stage 4 pancreatic cancer, I praised God for hearing the fervent prayers of us all.  But I have to say, as I told the story over and over again, many wanted to say it was mistakes made.  Their comments left me feeling, “No wonder we miss so many miracles.  We don’t look at life through eyes of faith”.  Miracles must be reviewed, revisited, reflected on.  Look back in your life and reflect on those challenges when you cried out to God.  Maybe the response you received wasn’t the original one intended but I bet you can see Him there.

In both of these instances, mine and the one in Breakthough, the miracle began with a cry of one, joined by the prayers of many and a God who cares so deeply for us that he is there in every situation…even the smallest of situations.  So don’t be afraid to cry out and then ask others to join you in pray too because where two or three are gathered God is there.  And trust Him.  Even if these people had not been healed, God would still be there providing comfort, encouragement and love.  He really does care that much!  So from this day forward let’s all look for the miracles in our lives!

This site uses Akismet to reduce spam. Learn how your comment data is processed.