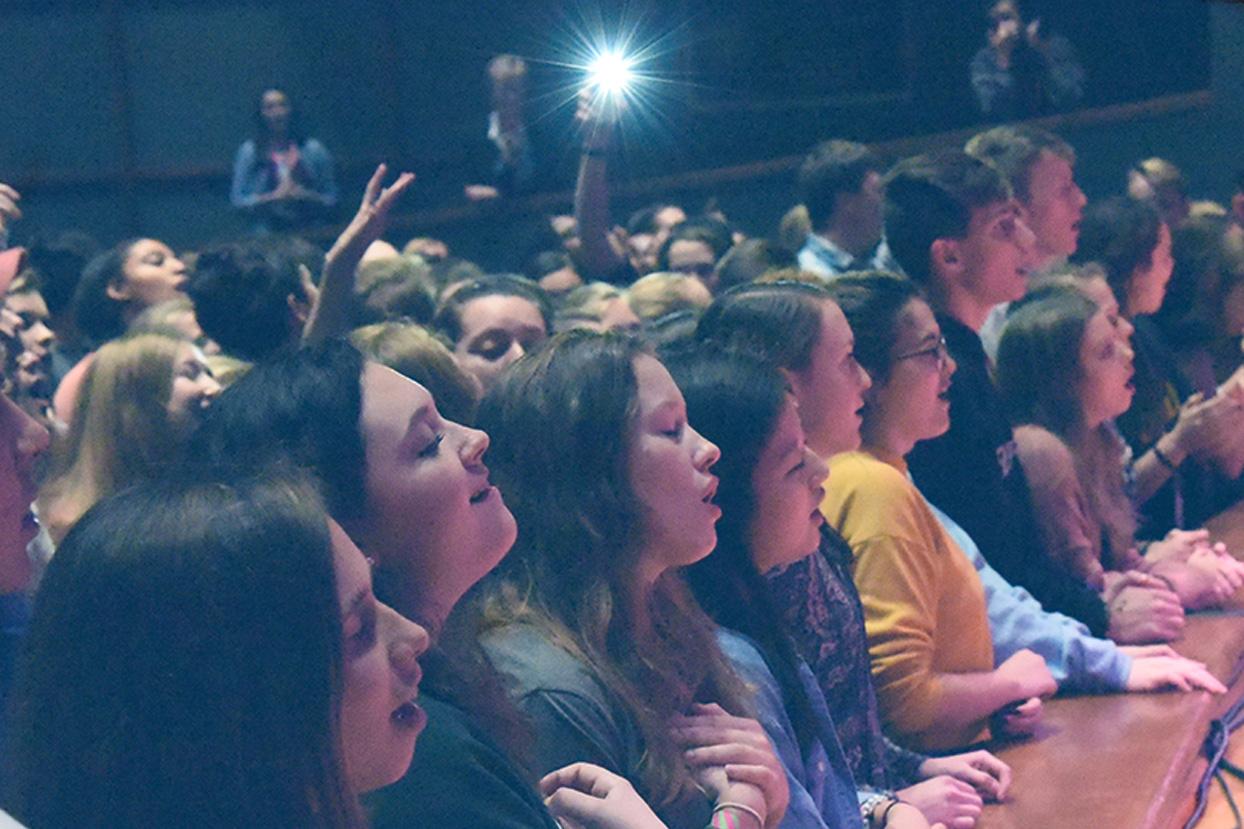 SUMMARY: Have you ever felt like you just don’t fit in, mocked as an oddball or weirdo for what you believe? Have you ever felt as if living your faith would isolate you from your “friends” because they want to do things that go against your values? It would seem that these days, living out your Faith is not the popular thing to do. Many people see faith as an obstacle to Joy, Peace, and Freedom when it is our faith in Jesus that is the key to achieving these.

In John 14:6 Jesus says the following: “I am the way and the truth and the life. No one comes to the Father except through me.” Jesus tells us that the only way we can “come to the father” is by following His example. We need to live the life he has shown us. This means we need to live boldly!

What does it mean to live boldly? To live boldly is to live confidently and courageously; showing a willingness to take risks. The message of the Gospel is full of power. The love of God for us demands that we live differently. It requires us to live counter-culturally as Jesus showed us. We have the truth, and it is up to us to live by that truth at all costs.

An incredible example of this can be found in the life of Saint Jose Sanchez del Rio. He was a 14-year-old boy who was put to death by Mexican government officials during the Cristero War because he refused to renounce his Catholic faith. When the Cristero War broke out in 1926 Jose’s mother and the rebel general, Prudencio Mendoza refused to let him enlist. The boy insisted that he wanted the chance to give his life for Jesus Christ. The general finally relented and allowed José to become the flagbearer of the troop.

During heavy fighting on January 25, 1928, Mendoza’s horse was killed, and José gave his horse to the general so that the fight could go on. Then he sought cover until the government troops captured Jose and imprisoned him in the sacristy of the local church. It was later reported that José was ordered by the government to renounce his faith in Christ, under threat of death but he refused.

To break his resolve, he was made to watch the hanging of another Cristero that they had in custody, but instead José encouraged the man, saying that they would soon meet again in Heaven after death. In prison, José prayed the rosary daily and wrote an emotional letter to his mother, saying that he was ready to fulfill the will of God to whom he dedicated himself. The following is an account of how St. Jose was Martyred:

“Consequently, they cut the bottom of his feet and obliged him to walk around the town toward the cemetery. They also at times cut him with a machete until he was bleeding from several wounds. He cried and moaned with pain, but he did not give in. At times they stopped him and said, ‘If you shout, “Death to Christ the King” we will spare your life.’ José would only shout, ‘I will never give in. Viva Cristo Rey! (Long live Christ the King!)'”

Jose died on February 10, 1928. He knew what it was to live boldly for his faith and not hold anything back. He is a perfect example to the rest of us on how to live boldly for the Lord. In his world, one could die for practicing the Catholic faith. We must all live a bold example of faith, being unafraid to stand up for the cause of Christ in our everyday lives. We CAN live a counter-cultural lifestyle of faith and virtue and go against the grain of our culture.

Choose one way you can tangibly be bolder in your faith – whether that’s inviting your family to church, walking away from gossip, to write an essay about your values in school – whatever that looks like for you, DO IT!

1.    Has there been a time in your life that you were made fun of or mocked as weird or “different” for your faith? What was that situation like and how did it make you feel?

4.    What are some challenges that you face to living your faith boldly?

6.    Who in your life needs the love of God, and how can you be bold in sharing that with them?

All Blogs Faithful Fans No Comments